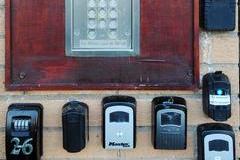 COUNCIL chiefs are under fire after deciding not to take enforcement action following a survey which found only one out of nearly 500 properties identified as short-term lets had proper planning permission.

The survey, spearheaded by Lothian Green MSP Andy Wightman, asked Capital residents to pass on addresses which were being operated on a commercial basis with no permanent resident. Some 477 properties were highlighted, many of them in tenements and most of them in the Old Town, New Town and Leith.

Investigations then revealed only one had obtained planning permission for use as a short-term let.

But now a report to the city’s planning committee recommends only that the findings be noted.

It says 380 of the properties had not previously been reported to the council and adds officials could write to these addresses asking for further information, but warns that without details of the property owner such action usually has little success.

The report says launching a more detailed investigation of the 380 properties would more than double the enforcement caseload and and lead to a delay in other enforcement action.

And the report concludes: “The planning service will continue to pursue existing investigations with a focus on those considered to cause the greatest harm to existing residents”.

Chas Booth, the Greens’ planning and housing spokesman on the city council, plans to challenge the report when the issue comes up at committee on Wednesday.

He said: “This report effectively says the council will do nothing in response to Andy Wightman’s detailed dossier of potentially illegal activity from short term let landlords in the capital. This a totally inadequate response, when we know that these holiday lets lead to a loss of homes, drive up rents and often cause misery for residents living next to them.

“At the very least, the council should work out how much it would cost to pursue the owners of these properties and put a price on enforcement work. For the price of a letter and a stamp, it’s possible that some of these properties could be brought back as homes, to the benefit of local residents.”

He said the report underlined the lack of proper regulation for short-term lets. “The Scottish Government needs to urgently introduce new powers for local authorities to effectively regulate holiday lets so we can take action where they blight communities.”

A consultation on “short-term let control areas” is expected to start soon.

Bogus workmen warning: Edinburgh police say these are the signs to look out for