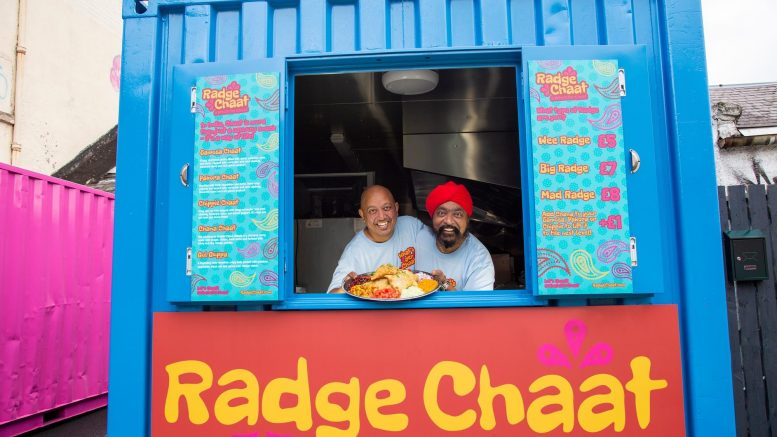 Some of Edinburgh’s street food businesses have gone into hibernation, now that we’re into the cold and rainy season.

However, if you’re the hardy sort, who isn’t put off by rain on their lunch, here are a few places to try.

We’ve gone for actual outdoors venues, rather than the indoor sort, serving dishes that would be served outside in warmer climes.

Chicken Skoop are popping up at Leigh Walk Police Box on October 8, from noon until 6pm, but if you miss that, you can track them down on their Instagram, @chicken_skoop_
You can’t go wrong with fried chicken served in a waffle cone on a dreich day.

Union of Genius have been trading outside the Chrystal Macmillan Building on George Square since 2013. Monday to Friday, from 11-4pm, they offer four varieties of soup, with their autumn specials including butternut, ginger, pear and lime and hot chicken banana matoke. They also do vegetarian frittata and two types of chilli, including chipotle black bean and buckwheat chilli (vegan) and golden chicken chilli. They’re served on tortilla chips with optional sour cream and cheese. Instagram @unionofgenius
www.unionofgenius.com

Antojitos are now serving their vegan Mexican food daily at The Dog House on Clerk Street, though you’ll still find them popping up throughout the capital, including at The Pitt on October 15-17.
Follow them on Instagram, @antojitostruck or see www.antojitos.uk

This pizza van’s usual pitch is on Meadows Place, which is perfect if you want to eat your Surf and Turf (bacon wrapped prawns, pesto and mozzarella) or buffalo chicken wings, celery and vegan blue cheese sauce while sitting on a bench or the grass. You can also find them on Porty’s Prom. Check their Instagram for times, @wandererskneaded
www.wandererskneaded.co.uk

Look inside this £3.75m lochside mansion in Perth – with its own private pool, gym and cinema