Looking for something to do in Edinburgh? Whether you're a local, new in town or just cruising through we've got loads of great tips and events to offer. Find out what’s on in Edinburgh with our regularly updated events calendar featuring the best upcoming events in Edinburgh and the area.

This guide lists events at a glance, showing what’s on each month. See the highlights of What’s On for Edinburgh, featuring the best of things to do in Edinburgh – Live Music and Gigs, Family Events, Art & Culture, Food & Drink and much more. Edinburgh fundraisers and charity events.

Important This Event Calendar is not maintained on a daily basis and some events may have changed dates or are no longer happening. Please double-check the event websites for the most up-to-date information. 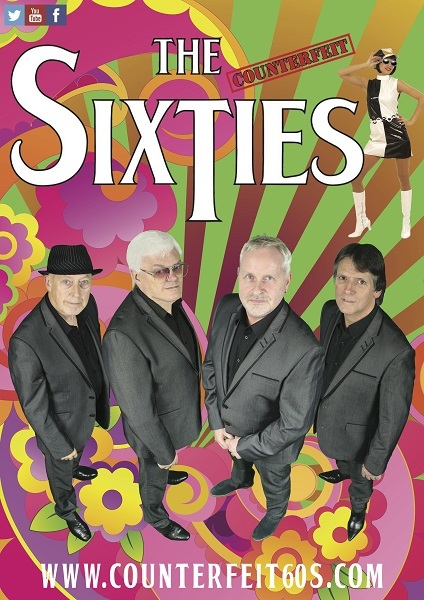 Re-live the sounds of the swinging sixties, as Britain’s No. 1 tribute show brings alive the magic of the sixties, with their tribute to over twenty five bands of that era. The show encompasses everything from that period, from the clothes that were worn, to flashbacks from television history, including: TV programmes, adverts and even clips from the original bands.

The Counterfeit Sixties presents a showcase of the great bands of this unforgettable time. The fantastic music of The Beatles, The Rolling Stones, The Who, The Dave Clark Five, The Kinks and The Monkees – to name but a few – all recreated in this stunning show.

The band members have performed their unique tribute shows all over the UK and abroad, and have a wide range of experience in that field. The members of the band have individually worked with notable sixties’ artists such as The Searchers, The Ivy League, The Fortunes, The Tremeloes and many more.

Join us for a fantastic evening of sixties nostalgia

If you have an event, that you would like to be featured on our Events Calendar, please visit Free Event Listing.