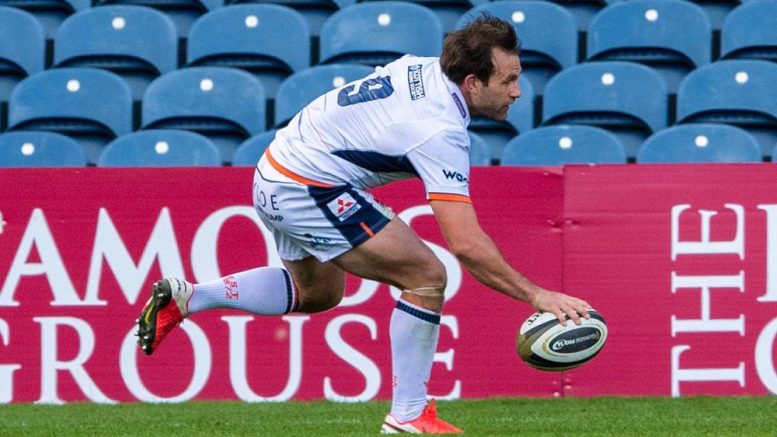 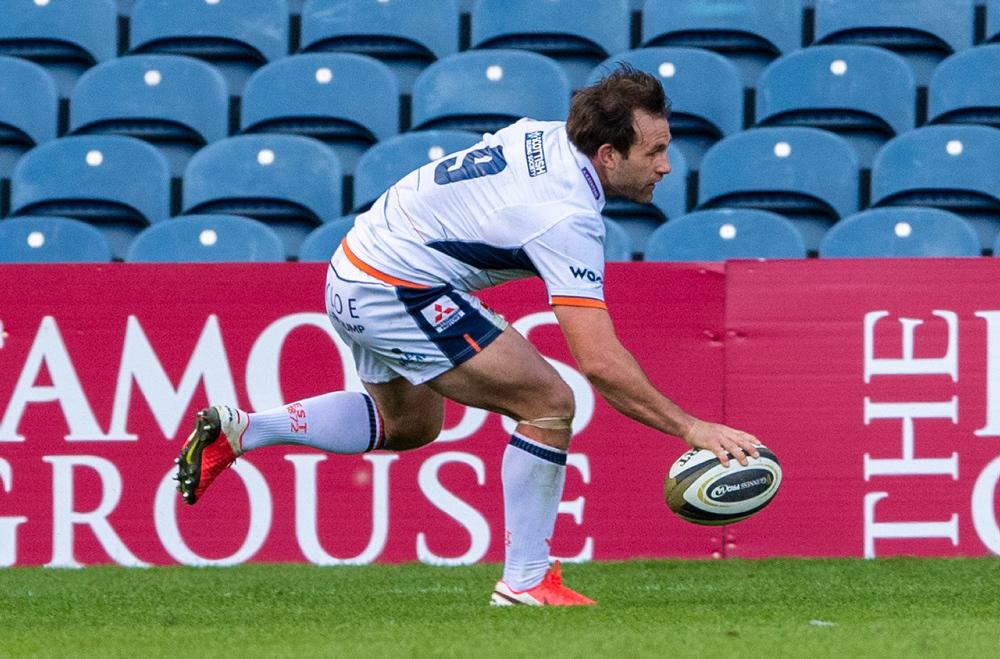 Edinburgh won the 1872 Cup on rugby’s long-awaited resumption in Scotland as their South Africa-born contingent made the difference behind closed doors at BT Murrayfield. More importantly to coach Richard Cockerill it means the capital side are in the Guinness Pro14 semi-finals for the first time ever.

Scrum-half Nic Groom scored twice, his second created by now Scots-qualified wing Duhan van der Merwe, while the flawless boot of stand-off Jaco Van der Walt, who is eligible for the dark blue later this year, rammed home the win which gives Cockerill’s side the trophy for the third straight year as the pre-match favourites beat their rivals from the west, who were nominally the home team, for a fourth successive time at the national stadium, which was near deserted due to the coronavirus restrictions.

We are now used to the “new normal” inhabited by the sporting world so were well prepared for the strangeness as the oval ball game in Scotland got its chance to get back up and running but a positive first step was made towards something approaching “more normal”, with next weekend’s pilot of a few hundred fans in the stadium for the return Guinness Pro14 match another step on that road.

After a minute’s silence for in memory of all those who have lost their lives in the pandemic which has ravaged the globe and put sport firmly in perspective, a decent enough game played out in the circumstances.

Edinburgh started well, getting the better of the breakdown. Man of the match Van der Walt marched them up into Glasgow territory and then, when the arm went up again from Mike Adamson, the stand-off struck confidently from 30 metres to open the scoring.

Another turnover led to a good attacking lineout for the “visitors” just outside the Warriors’ 22. A number of offside breaches from the Glasgow defensive advance gave Van der Walt a routine 10-metre shot in front of the posts to double the lead within seven minutes.

Glasgow battled to get a foothold back in the game and won a kickable penalty, which Adam Hastings banged over from 40 metres to half the lead as the clock ticked past the quarter-hour mark.

As could be expected in a first match of any description never mind a competitive one, handling errors were inevitable, with Edinburgh the main culprits early on as Bill Mata spilled to halt an attack and Groom dropped forward at the back of a ruck.

Out of nowhere Glasgow struck with the first try of the match as a kick forward had the back-pedalling Edinburgh defence in all sorts of trouble and Pete Horne, whose chase had forced an offside, had clear space from Ali Price’s pass to cruise over, Hastings conversion suddenly had the Warriors 10-6 up at the end of the first quarter.

It was a promising spell for Glasgow as new attack coach Jonny Belly was finally able to see his charges implement some of his thinking but the menace petered out and Edinburgh got back on the front foot.

A sustained assault on the Glasgow line was launched and, in the end, it was Groom who sniped over for the score, Van der Walt adding the extras to nudge Cockerill’s men 13-10 ahead with seven minutes to go to the break.

There was a further twist to come just two minutes later, though, as Glasgow responded perfectly. Immediately they forced Edinburgh back on their line, with prop Oli Kebble, who is now Scotland qualified, instrumental in the phases which opened the door for Hastings to crash over from short distance on the left. He couldn’t make the conversion so it was a two-point lead.

Edinburgh lock Andrew Davidson’s debut against his former club came to an end as an earlier Head Injury Assessment was made permanent and Jamie Hodgson remained on in the second row.

The second half got going at an impressively high tempo, without presenting the scoring opportunities in the third quarter in the same way as the opening two.

That was to change almost exactly on the hour mark as the pace and power of Van der Merwe exploited the unstructured period of play to cut through Glasgow before making a simple offload off the left hand for Groom to score with ease and Van der Walt’s boot to make it 20-15.

A scrum penalty gave Van der Walt his most challenging attempt of the game from over 40 metres but his right boot struck sweetly again to open up an eight-point lead.

A big talking point ahead of the game was Huw Jones switch to full-back but he had little impact and was back in centre when Nick Grigg was substituted in the last ten minutes.

Sub scrum-half Charlie Shiel ended any debate about the outcome when he outpaced fellow replacement Niko Matawalu for a brilliant try, which Van der Walt converted from wide out as Edinburgh celebrations could begin.