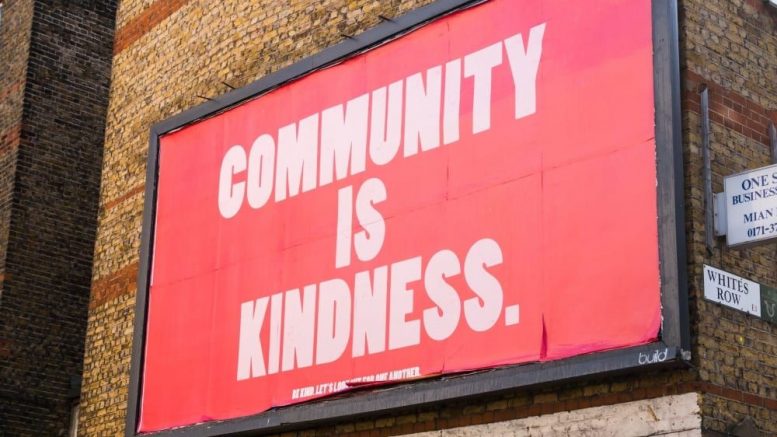 From telephone befriending services to virtual arts therapy sessions, charities have had to completely change how they operate during the Covid-19 pandemic.

But with the looming threat of tougher restrictions, some charities are warning that they may not be able to meet demand for their services as finances dwindle.

The UK Government said they are providing “an unprecedented multi-billion-pound package” to help them.

There are around 200,000 charities across the UK and many have received a financial lifeline during the coronavirus crisis.

Analysis of open data on 360Giving’s Covid-19 Grants Tracker by the JPIMedia Data Unit found over £123 million (11,632 grants) in emergency Covid-19 grants has been awarded to over 9,000 recipients across the UK.

Some of the charities who have benefited from grants are:

While the 360Giving Covid-19 Grants Tracker is not an exhaustive list of all grants charities have received during the pandemic, the data provides a unique snapshot of how charities have survived the lockdown period. The figures were correct as of 09 September 2020.

David Kane, Product Lead at 360Giving, explained, “We know it doesn’t show the full picture – not all local grantmakers have published data about their grants – but it does show the range of projects and charities that continue to help keep their local communities going.”

The multi-million pound grants from the likes of The National Lottery Community Fund and BBC Children in Need have provided essential economic support during the lockdown but as Matt Whittaker, CEO of Pro Bono Economics says, the future looks challenging.

“The combination of economic recession, rising unemployment and the looming tightening of lockdown adds up to a gloomy backdrop for the sector in the run up to Christmas.”

Pro Bono Economics estimates 60,000 charity jobs will be lost by the end of the year with the largest cuts affecting frontline service delivery and fundraising teams.

According to the Charity Sector Tracker published by Pro Bono Economics, in partnership with the Institute of Fundraising and the Charity Finance Group, one in three charities say they will be unable to meet the anticipated increase in demand as further restrictions are announced.

“Charities and other civil society organisations play a vital role in the day-to-day lives of many millions of us – and even more so at times of crisis.

“As the Chancellor reconsiders his support for businesses in light of the second wave, it’s crucial that he focuses also on the needs of those charities which do so much to help.”

A UK Government spokesperson said charities will continue to benefit from financial support schemes in the upcoming months.

A spokesperson said: “We are providing at pace an unprecedented multi-billion-pound package of government support for charities.

“We are working flat out to ensure help reaches those who need it most, with funding being distributed at pace. Charities will continue to benefit from this major investment in the sector and also the wider government financial support schemes in the coming months.”

The UK Government said they are providing a multi-billion-pound package of government support for charities. Image credit: Shutterstock

Scottish Government Communities Secretary Aileen Campbell said: “We have now invested more than the initial £350 million communities funding we announced in March to support people through this public health crisis.

“In addition over 14,000 jobs were safeguarded with £22 million funding through the Third Sector Resilience Fund.

Ms Campbell added, “Organisations across all sectors have stepped up and worked together to ensure our communities are supported throughout this time and I want to thank them for all their efforts.”

The spokesperson said, “The Minister recognises the crucial and important role the local charity sector plays in supporting people across our communities and the importance of maintaining those services at this critical and challenging time.”

Wonky carrots and misshapen potatoes don’t normally make it to our supermarket shelves. In fact an estimated 20 to 40% of UK fruit and vegetables are rejected before they even reach the shops because they don’t meet supermarkets’ strict cosmetic standards.

UKHarvest are attempting to save these unwanted foods though. The food waste charity redistributes excess food to some of the most deprived people across the South East, South West and London. Their aim is to ensure the most vulnerable in society have access to nutritious meals using surplus food.

Like most charities, demand for UKHarvest’s services has surged during the pandemic but with grant opportunities limiting and donations drying up, the charity anticipates a challenging winter.

UKHarvest is currently delivering up to 75,000 meals a week, before the pandemic it was around 30-35,000. Image credit: UKHarvest

“The biggest difficulty for us has been the loss of income from fundraising,” explained Chief Operating Officer at UKHarvest, Liz Woodsell. “We are no longer able to do any of our events. We had a gala dinner planned for March which we obviously had to cancel. We have lost that income.”

The charity, which counts The Duchess of Cornwall as patron, redistributes excess food provided from food businesses and providers. UKHarvest says it has rescued 1,734 tonnes of surplus food to date. This has gone to various charities including domestic abuse centres, homeless shelters, food banks and breakfast clubs, just to name a few.

“We saw income dropping and our costs rising because we were having to deliver more food (our driver and van costs increased), so we applied for as many grants as we could.”

UKHarvest has received over £64,000 in emergency Covid-19 grants to support it through the pandemic, of which a nearly £50,000 grant from The National Lottery Community Fund has meant the charity could expand their operations to cope with demand.

“That grant gave us our warehouse. It meant we could move into a 200 square metre warehouse just south of Chichester in Donnington,” Liz explained. “Then with funds we got from the government and one of our corporate sponsors meant we could buy a walk-in chiller and a walk-in freezer.

“The reason we needed that additional space and storage facilities was that we found, especially at the start of the pandemic, an increase in food that would have otherwise gone in the bin.

Dawn Austwick, Chief Executive of The National Lottery Community Fund by the, said they want to say a “massive thank you” to all charities for their work during the pandemic.

Commenting on the multi-million pound funds distributed by the body Ms Austwick said, “This has helped communities rally together through some exceptionally challenging times – this vital money is making a real difference to people’s lives.”

‘The pressure is building’

Liz said UKHarvest has more than doubled the amount of meals they are delivering each week since the pandemic began. She said they are currently delivering up to 75,000 meals a week, before the pandemic it was around 30-35,000.

Liz anticipates that the need for their services will only increase when the furlough scheme ends in October.

“That’s going to be very difficult for us because we’ll have to say no to people. That’s obviously horrible to think that there are then hungry people out there that we can’t support.”

And with a potential second wave of Coronavirus on the horizon, it is unlikely UKHarvest will be the only charity facing challenges this winter.

“The pressure is building because there were a lot of grants available at the start, and people can’t keep giving money,” Liz said.

“The furlough scheme is coming to an end so people’s finances will be more stretched and I think that’s going to make it more difficult for people to give as generously maybe like they were able to in March and April this year.”

These are the top 10 sporting rivalries