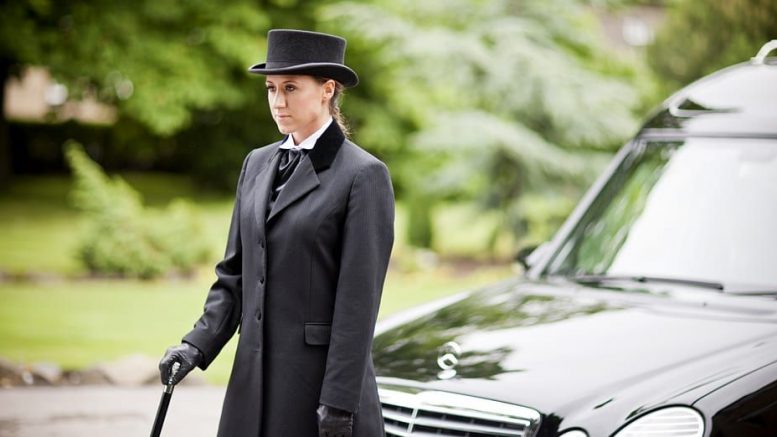 The UK is on the brink of a ‘grief pandemic’ after millions of mourners were denied the chance to say farewell because of lockdown, a report has warned.

A study by Co-op Funeralcare estimates that 9.7 million people couldn’t pay their respects fully because of COVID-19 restrictions.

The ‘Nation in Mourning’ report also shows 59 per cent of bereaved UK adults said lockdown had negatively impacted their grief process. And it calculated that 243,000 bereaved families couldn’t have the services they wanted for their loved ones.

It also notes that some councils prohibited any attendees at crematoriums and gravesides because of health concerns. While funerals that did go ahead with people were initially limited to a small number – instead of the average of 50 attendees.

David Collingwood, director of funerals at Co-op Funeralcare, said: “What I’m cognisant of is the number of families that weren’t able to say their last goodbye to their loved ones.

“We have some case studies in our bereavement report which show just how challenging that was for some people. Especially, when you have spent your lifetime with someone, you’ve not been able to be there while they’ve been ill or have died and you have not been able to see the body.”

He cited the example of George and Ann. George, 82, passed away suddenly at the beginning of March. Ann had planned a beautiful funeral for her husband but by the time it took place the crematorium was no longer permitting services or attendees.

Mr Collingwood said hundreds and thousands of families have had similar experiences. He questioned how they were going to cope.

The funeral boss said grief and bereavement was a unique process, which some people deal with quicker than others. But he thinks the restrictions that people experienced during lockdown are going to have a “fairly profound” effect on grieving individuals.

But he praised the funeral industry for reaching out to mourners who were stranded at home. Some services and processions were live streamed to people who couldn’t attend. Hearses were also driven past homes so mourners could pay their last respects.

A number of poignant examples are highlighted in the report, like mum-of-two Jade, who passed away at 36. The Disney fan had a suitably-themed procession where family and friends could say their farewells as the cortege passed by.

Mourners dressed up as Mickey and Minnie Mouse and a Disney princess led Jade’s cortege through her community.

Whereas the family of farmer Les, 85, used his cherished 1968 tractor to pull his coffin at a ceremony on their farm after restrictions halted their original plans.

Mr Collingwood said: “I think my colleagues just went that extra mile, even with the restrictions, to see what we can we do.”

But he stressed that restrictions on funerals had eased since the early days of lockdown, and more people are being allowed to attend now. At the time of writing, a maximum of 30 people were allowed to attend in England and 20 in Scotland. In Wales people who organise the funeral, those invited and their carers can go to a socially-distanced service. But these restrictions may change further.

But what can be done to help those who are still struggling with their ability to mourn? Mr Collingwood, who has been involved in the funeral business since he was eight, said grief was a normal process, but there is help out there for people who feel they can’t cope.

The 52-year-old said grieving people could become upset by seeing a loved one’s clothing or jewellery or by an anniversary in their life. But he said it was usual to be upset at those trigger points as it showed people were gradually acclimatising and learning to live with their bereavement.

But he added: “Anyone who says, ‘It’s three months now, you should be over it’ is a fool. You never get over your loss and bereavement. The key is you learn to live with it. You learn to adapt your life and your thinking. And don’t be hard on yourself when you get upset, it is normal.”

His comments were echoed by funeral boss Mr Collingwood, who said there were a number of avenues. He said: “You can also look at charities like Cruse Bereavement Care and Mind. There are numerous charities out there like the Good Grief Trust and Child Bereavement UK.

“But the key thing is don’t be hard on yourself. Just because it is internal and to do with our emotions and feelings it is no less debilitating. It is something that some of us learn to live with and are able to cope with sometimes sooner than others.”To read the full report see: www.coop.co.uk/funeralcare/nationinmourning

These are the top 10 sporting rivalries