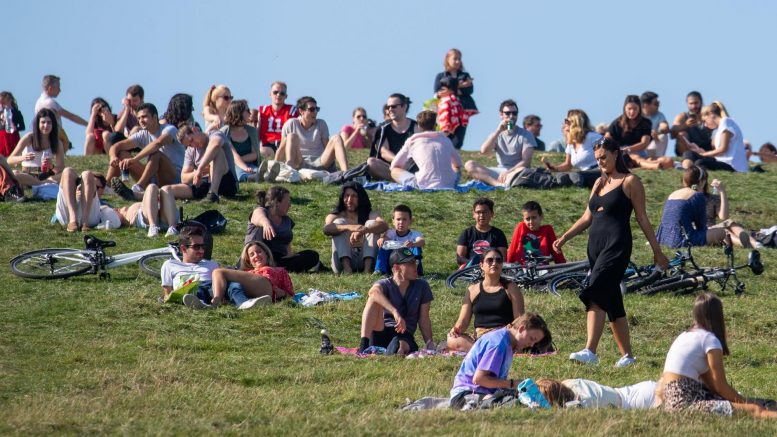 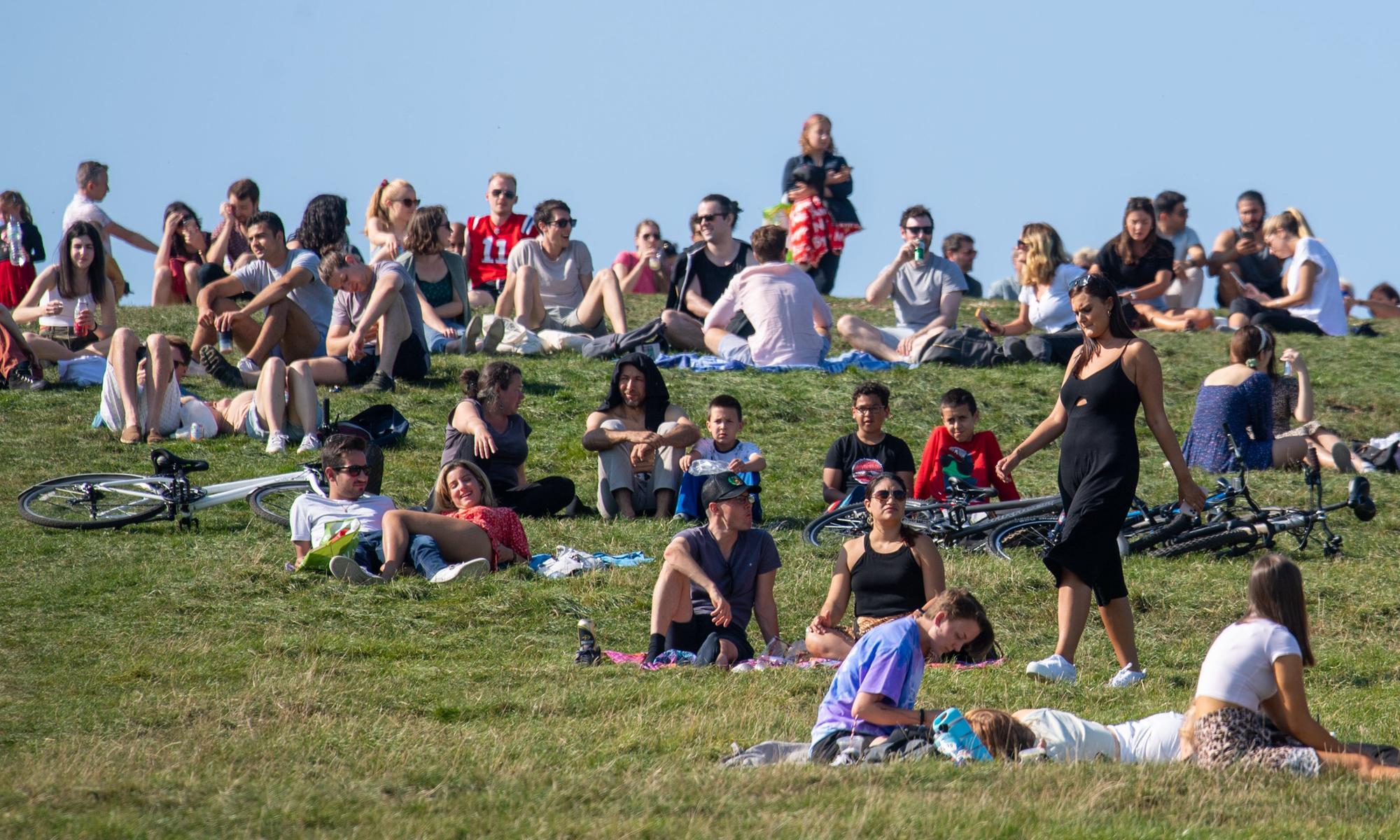 People enjoying the Autumn sunshine on Primrose Hill, London. The “rule of six” restrictions come into force on Monday.

New rules were implemented in Scotland, England, and Wales from Monday.

However, they are being applied slightly differently in each devolved administration.

A maximum of six people from two households are allowed to meet together in Scotland.

The new limit applies when people meet in restaurants, pubs and beer gardens, as well as in homes.

However, children under the age of 12, who are part of the two households meeting do not count towards the limit of six people, First Minister Nicola Sturgeon has said.

There are “some limited exceptions”, covering organised sports and places of worship.

Up to 20 people can attend weddings, civil partnerships and funerals, as well as receptions and wakes, which is more stringent than both England and Wales.

From Monday, gatherings of more than six people are illegal.

The rules apply across England to all ages and in any setting either indoors and outdoors, at home or a pub.

A single household or support bubble that is larger than six will still be able to gather.

Covid-secure venues like places of worship, gyms, restaurants and hospitality settings can still hold more than six in total.

Education and work settings are not affected by the new rules.

Weddings and funerals can still go ahead with a limit of 30 people if conducted in a Covid-secure way.

People in Wales are only able to meet in groups of six or under indoors and must all belong to the same extended household group.

Up to four households can join together to form an extended household.

But, unlike in England, children under 12 are exempt and will not count towards that total.

Also unlike in England, people can still meet up in groups of up to 30 outdoors, as long as social distancing is maintained.

The changes do not apply in Caerphilly county borough due to its rise in Covid-19 cases.

Northern Ireland has not announced any changes to how many people can gather. However, localised coronavirus restrictions were introduced in Belfast and Ballymena.

People from two or more households in these areas are not able to meet in private settings.

There are a number of limited exceptions, including childcare provision and households that have formed a social bubble with another.

No more than six people, from no more than two households, are allowed to meet in private gardens.

In Northern Ireland, the number of people who can gather indoors in a private home was already reduced from 10 people from four households to six people from two households last month due to a rise in Covid-19 cases.

Up to 15 people can meet outdoors.

13 photos taking you back to Edinburgh in 1991 Edinburgh News…

A Braveheart statue unveiled outside a football club has been compared to the infamous bronze Ronaldo sculpture by footie fans – who blasted the ‘awful’ statue. Edinburgh News…

Officials have been appointed for this weekend’s fixtures across the country in the cinch SPFL. Edinburgh News…

Comedian Jason Manford has revealed the final text message he sent to his former 8 Out of 10 Cats co-star, just weeks before he died. Edinburgh News…

Hearts earned a hard-fought victory at St Mirren to go top of the league. Edinburgh News…