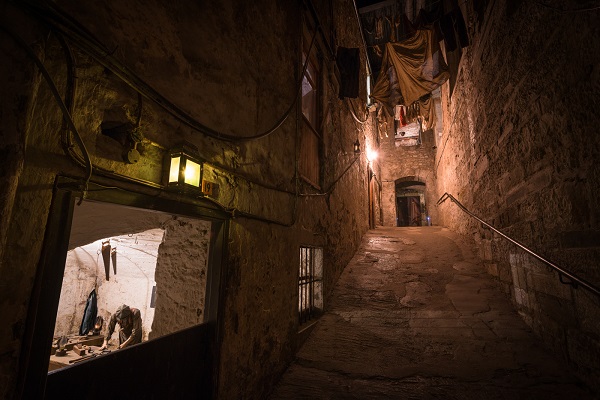 The Real Mary King’s Close is buried deep beneath Edinburgh’s Royal Mile. The city’s deepest secret; a warren of hidden streets that has remained frozen in time since the 17th Century. There is nowhere in the world quite like Mary King’s Close.

Be transported back to 17th century Edinburgh as a costumed character guide leads you on an hour long fully guided tour through the uniquely preserved streets and spaces. Marvel at how different life would have been for the people of Edinburgh when these streets were open to the skies.

It can be a strange concept to understand – back in the 1600’s, Mary King’s Close and neighbouring Closes were at the heart of Edinburgh’s busiest and most vibrant streets, open to the skies and bustling with traders selling their wares to the Old Town’s residents.

For years, the hidden Closes of Old Town Edinburgh have been shrouded in myths and mysteries, with blood curdling tales of ghosts and murders, and of plague victims being walled up and left to die. Research and archaeological evidence have revealed a truer story, rooted in fact and – as is so often the case – more fascinating than any amount of fiction.

This incredible street is open to visitors and a costumed character tour guide, based on a one time resident, will help you explore this underground site and tell you fascinating stories.