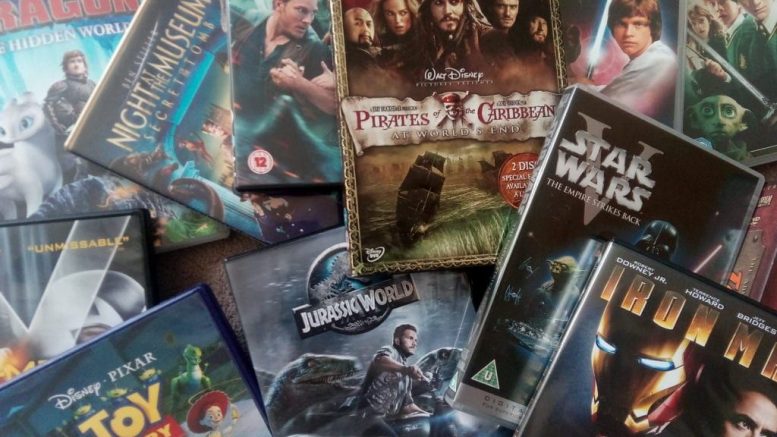 Top movies for my kids (or not!)

Indiana Jones is boring and Mrs Doubtfire is really dull, according to my children whoswe film taste I’m really beginning to question.

Family movie night is a big part of our lives and most weeks we snuggle up under a blanket with treats and drinks to spend some quality time together, writes Kelly Brown.

But the older they get the harder it is becoming to choose something which is suitable for all of us. Or won’t start world war three as my son and daughter argue over the merits of our options.

What can I do to find something that suits my children?

Trying to find a film which is not too ‘girly’ is often the stumbling block so anything about fairies and princesses are most definitely kept for mummy and daughter film nights!

Now, I think I started their movie education (or moviecation) correctly. Over the years we have been progressing through the likes of Disney classics such as Jungle Book and Toy Story before heading away from animation.

We started with Star Wars, something that was on repeat when I was growing up. I’m delighted to say this one has stuck with my son as one of his favourites and it is his go-to series when he is feeling under the weather.

A galaxy far, far away

Needless to say this galaxy far, far away is on our TV on a regular basis alongside all of the Marvel movies, Pirates of the Caribbean, the Pokemon Movie and Harry Potter which my two love watching endlessly.

We have also worked our way through the old and new of different franchises such as Jumanji and Jurassic Park, sparking much debate about which is better – the originals or the remakes.

And with the lack of cinema trips in our lives I have also convinced them to watch (and enjoy) some of the newer family movies on offer that I have also never seen before such as My Spy and Rampage, which have been a success.

But in recent weeks we have completely hit a brick wall with my movication of my children who have been decided unimpressed when it is my turn to choose a family classic.

What is and isn’t acceptable to my children

Hook was ‘okay’ but Indiana Jones was ‘boring’ as was Back to the Future – surely these are grounds to disown my children? Worse than that, they decided Mrs Doubtfire was so boring that they would rather go to bed than stay up and watch it.

I mean, what can I say to that!? We have not even got to Karate Kid yet!

With the sole exception of Home Alone (and Star Wars, obviously) pretty much every film made pre 2000 has been given a firm veto by my two picky children who seem destined to reject all my favourite movies I watched growing up. Have movie tastes really changed that much between generations?

Or is there just no hope in a world where watching youtube videos of people playing video games is considered entertaining?

I don’t know the answer but I’m pretty sure Jack Sparrow will be on my screen again some time soon!