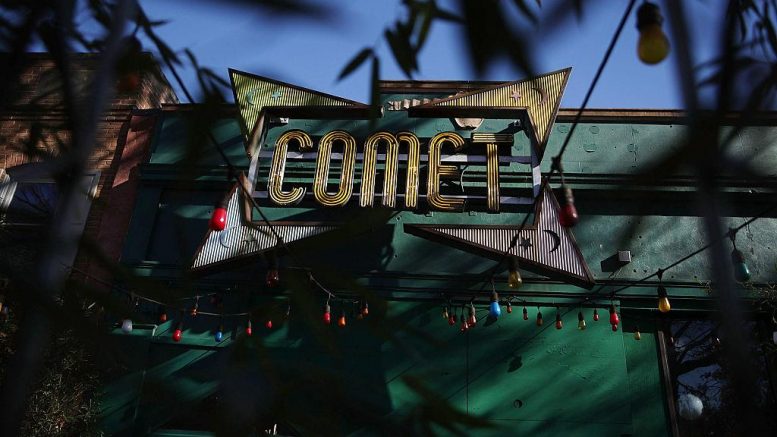 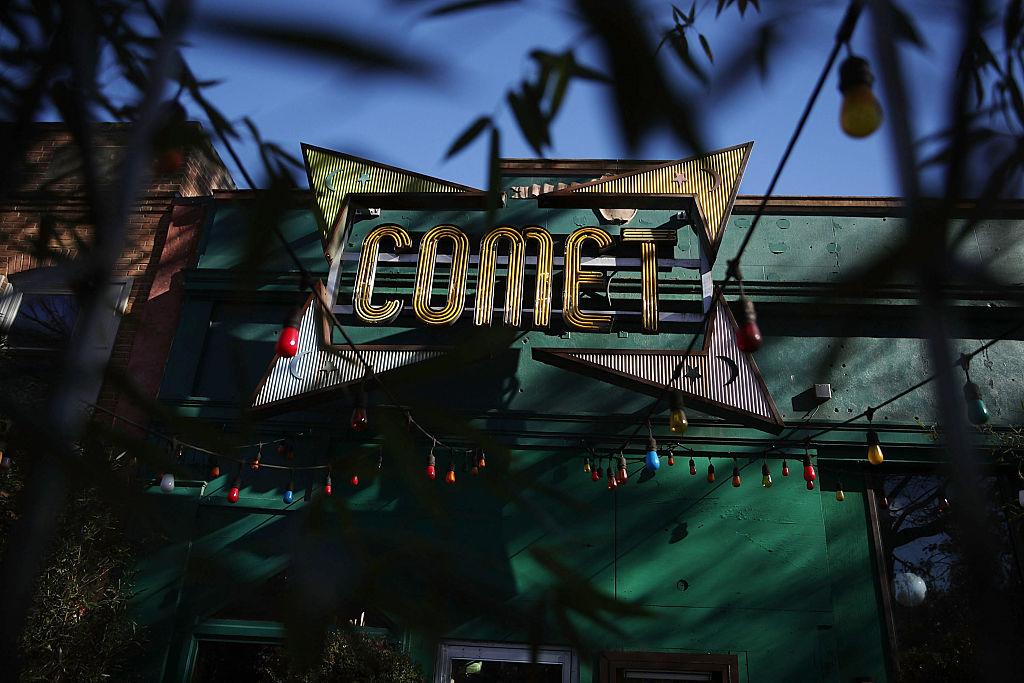 ‘After Truth: Disinformation and the Cost of Fake News’ aired in early June, and surveyed the effects of disinformation campaigns on social media and the impacts of well known conspiracy theories.

One of those theories is that of Pizzagate, and the film follows the growth of the story on forums like Reddit and 4chan, how it was fomented by the alt-right and Alex Jones, and then translated into a real-life dangerous situation.

Here’s everything you need to know:

28-year-old Edgar Maddison Welch strode into Comet Ping Pong, packed with families on a Sunday afternoon, and fired off a round from his AR-15 (Photo: NICHOLAS KAMM/AFP via Getty Images)

It’s so-called because the alleged headquarters of the operation was the Comet Ping Pong pizzeria in Washington, D.C, which – according to the conspiracy – was also a meeting ground for Satanic ritual abuse.

It all began in March 2016, when the personal email account of John Podesta, Clinton’s campaign manager, was hacked.

The emails contained multiple references to pizza and pizza restaurants, but there is no evidence that they are “code” or refer to anything else.

Had the claims been true, it would have implicated a number of high-ranking Democratic Party officials.

How was the story debunked?

The story has been widely debunked by a number of fact checking and news organisations from across the political spectrum – even the right-wing Fox News has said the story is completely false.

Theorists claim that similarities between Comet Ping Pong’s logo contain symbols linked to Satanism and paedophilia; the New York Times noted these similarities could be found in the logos of completely unrelated companies if you looked hard enough.

Claims of a secret underground network beneath Comet Ping Pong were proven untrue by the fact the establishment has no basement, and “evidence” that emerged purporting to show John Podesta played a part in the kidnapping of Madeleine McCann turned out to simply be sketches of a suspect taken from the descriptions of two eyewitnesses.

No alleged victims of the Pizzagate conspiracy theory have come forward, and no physical evidence has been found.

Despite the theory having zero evidence to support it, that didn’t stop those who opposed Hilary Clinton believing the story wholesale.

That included gunman Edgar Maddison Welch, who travelled down from South Carolina to confront the owners of Comet Ping Pong.

He entered the pizza restaurant in Washington D.C. – packed with families on a Sunday afternoon – and fired an automatic rifle.

Thankfully, no one was injured in the disturbance; Mr Welch told police he had driven from South Carolina to “investigate” the restaurant after reading online reports.

Why is Comet Ping Pong back in the news?

Though it’s been four years since the height of the Pizzagate story, the owners still have to deal with death threats and abuse.

“As employees continue to search for a new rhythm [during the coronavirus pandemic],” say the Washington Post, “they still field calls from Pizzagate obsessors.

“A few weeks ago, someone jammed the phone line for an entire day, frustrating customers who struggled to place orders. [Comet] has received almost 70 Pizzagate messages in recent weeks.”

There also seems to be a renewed interest in the false story in the wake of news that US prosecutors want a face-to-face interview with Prince Andrew over the Jeffrey Epstein scandal.

The story has been trending on Twitter again, despite remaining completely untrue, with theorists linking Epstein’s private jet – the Lolita Express – and his private ‘Epstein Island’ with the restaurant.

There is no evidence to suggest any of it is true.

Edinburgh weather: Temperatures could hit 26c on Friday before thunderstorms and ‘fresher’ weekend