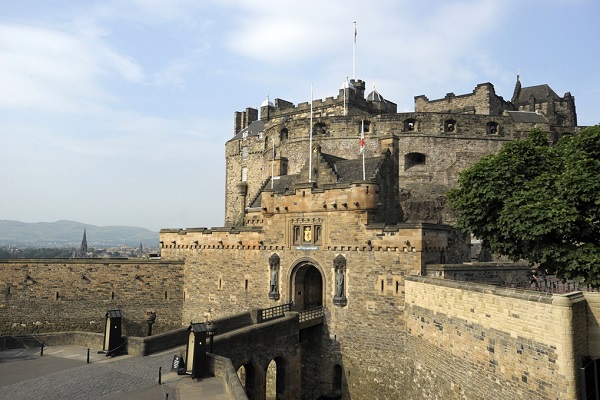 Edinburgh Castle is a world famous icon of Scotland and part of the Old and New Towns of Edinburgh’s World Heritage Site.

It was recently voted top UK Heritage Attraction in the British Travel Awards and is Scotland’s number one paid-for tourist attraction.

This most famous of Scottish castles has a complex building history. The oldest part, St Margaret's Chapel, dates from the 12th century; the Great Hall was erected by James IV around 1510; the Half Moon Battery by the Regent Morton in the late 16th century; and the Scottish National War Memorial after the First World War.

Iron Age warriors understood the rock’s military potential and built a hill fort here. Our oldest poetry tells of a war band which feasted here for a year before riding to death in battle.

During the Wars of Independence the castle changed hands many times. In 1314 it was retaken from the English in a daring night raid by Thomas Randolph, nephew of Robert the Bruce.

The castle was home to kings and queens. Queen Margaret (later St Margaret) died here in 1093, and Mary Queen of Scots, gave birth to James VI in the royal palace in 1566.

In 1996, the Stone of Destiny, on which kings were enthroned for centuries, was returned to Scotland and is displayed in the Crown Room.

From the 1600s onwards the castle was a military base with a large garrison.

Parts are still a military base, but the castle is now a world-famous visitor attraction and a key element of the Edinburgh World Heritage Site.