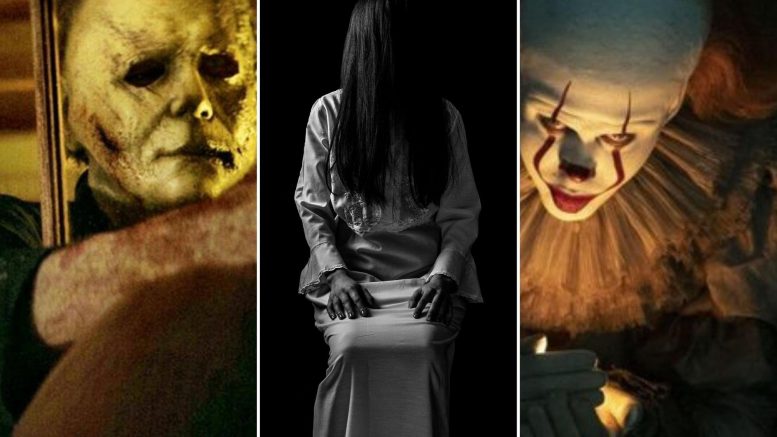 Why do we watch things that scare us so much? Theory is – like a rollercoaster – the adrenaline rush which comes with the ‘horror movie jump scare’ may have an lot to do with it.

Whether you love the adrenaline rush of a horror film, or get a kick out of frequent jump scares, curling up with a scary movie on a dark night is the perfect winter activity.

However, which movies are most likely to make you jump out of your skin?

To get you thrilled – and chilled – to the bone, Top10Casinos.com has compiled a list of the scariest horror films which are most likely to see you jump, scream and spine-chills throughout.

Without further ado, here are the 15 films with the most jumps scares recorded, utilising database Where’s The Jump. Be afraid, be very afraid.

The Haunting in Connecticut 2: Ghosts of Georgia is far and wide the most ‘jumpy’ horror movie ever made with 32 jump scares to enjoy throughout the film. Set in 1993. Andy and Lisa Wyrick, along with their daughter Heidi, move into a rural home after receiving a deal from the bank.

Groovy! Ash Williams should have never opened the book of the dead – but we are so glad he did. Evil Dead comes in at number two with 27 jump scares. If you haven’t seen it already, get it watched this Halloween. A classic.

His second entry in the top three, Sam Raimi is the master of jump scares. Kirsten Stewart shrugs off her Twilight role by taking on this role in a film that begins with a terrified mother packing to flee when an unseen attacker kills the whole family. There’s 27 jump scares to keep you on your toes.

If the sequel holds the record the amount of jump scares in one movie, it makes sense the original has a few too – and it does, 26 to be exact. The Haunting In Connecticut is rated highly than its sequel too.