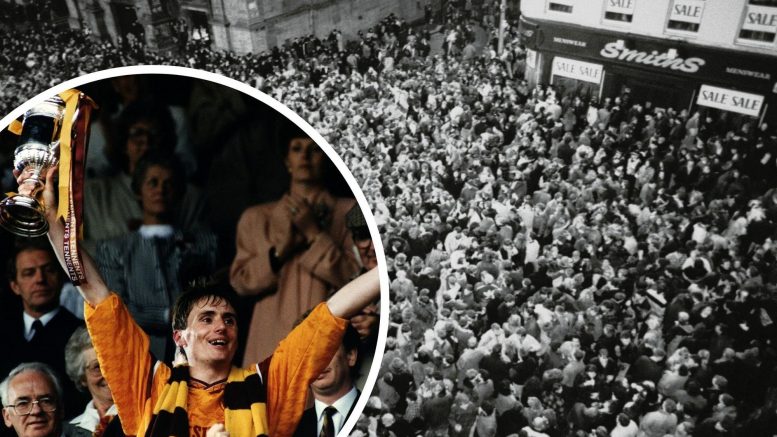 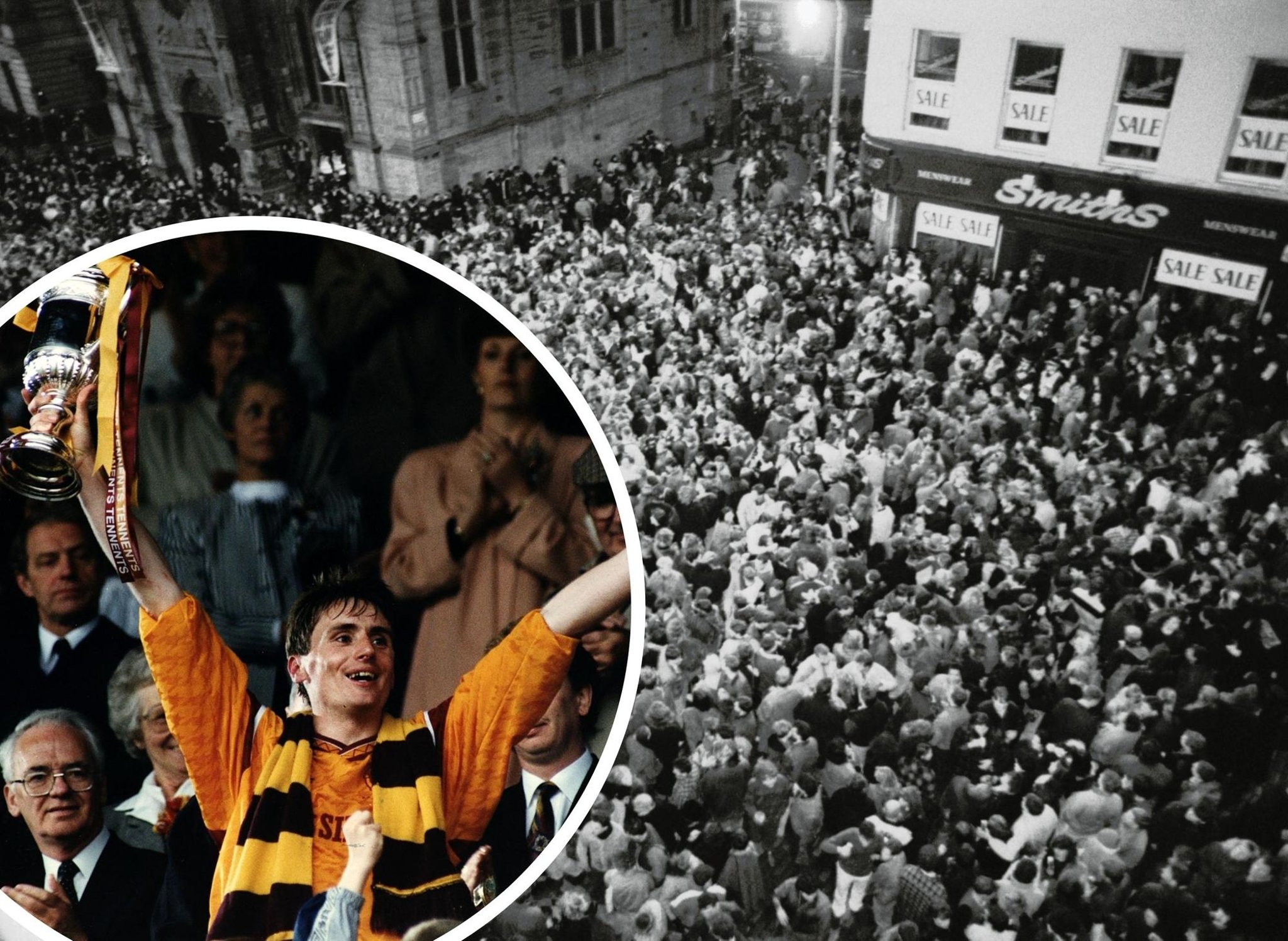 We’ve unearthed some photos from our archives showing Jenners in its heyday, the Tattoo, Hogmanay and more three decades ago.

Get yourself a cup of tea and see if these jog any memories.

Tommy Boyd with the Tennents Scottish Cup after the final between Motherwell vs Dundee United on 18 May 1991. Motherwell won 4-3 after extra time.

Thousands of people at the Tron church in the Royal Mile to bring in the New Year on Hogmanay, December 1991.

The Queen boards an aeroplane of the RAF’s Royal Squadron at Turnhouse after a Royal visit to Edinburgh.