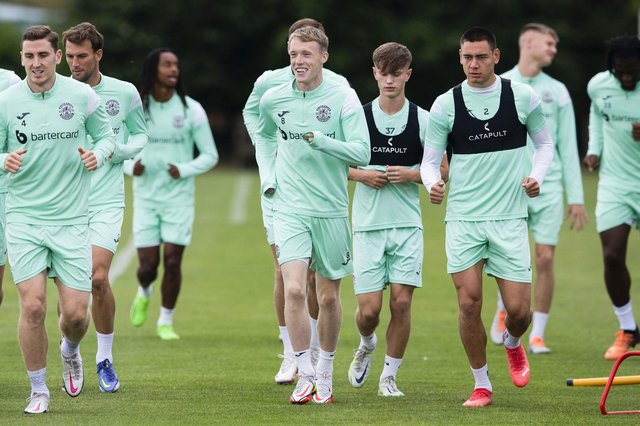 Young Leith team: Was Lee Johnson right in his claims that Hibs have had the youngest average starting team?

Speaking ahead of his side’s home game against Rangers, the Easter Road boss said: “It’s a young group; potentially the youngest starting XI so far in the SPFL – I think I saw that stat – so with that you are going to have ups and downs.”

Despite the presence of senior players such as Christian Doidge and Joe Newell, both 29, as well as 37-year-old David Marshall, Hibs have had the youngest starting XI in the Scottish Premiership on all three matchdays so far – not quite the SPFL, but if we are to assume that Johnson meant the top flight, then he was bang-on.

Two 19-year-olds in Nohan Kenneh and Elias Melkersen have started in all three games so far.

The Easter Road boss has spoken of his desire to add experience to his team, with 36-year-old winger Aiden McGeady currently sidelined and 32-year-old club captain Paul Hanlon just back from his own lay-off.

Centre-back Darren McGregor, also 37, has been included in recent squads out of necessity, along with young left-back Oscar MacIntyre, who is still aged 17.

Johnson highlighted the youthful nature of his squad as far back as pre-season when he predicted it would take a while for his team to be firing on all cylinders based on injured players and younger recruits adapting to a new country and a new league and style of football.

But the average of all three starting line-ups still comes out just shy of 25 years old; 24.93, backing up Johnson’s comments.

The next youngest team in terms of average age of the starting line-up from the first three matches is Celtic with 25.9 years old, while Aberdeen are a close third on 26.03 years.

There’s then a big jump to Ross County on 27.03 years, while Dundee United’s average age works out at 27.36 years old, slightly ahead of Kilmarnock on 27.46 years.

Motherwell and St Mirren are both on 27.76 years with Livingston on 28 years.

St Johnstone have the third-oldest average age with 28.03 years, with Rangers on 28.16.

Hearts have had the oldest average so far, with the mean age of Robbie Neilson’s starting XIs so far coming out at 28.2 years.

When it comes to first-team squads Ross County (24.3 years), Aberdeen (25.09 years), and Celtic (25.13 years) have the top three youngest average age, with Hibs in fourth with 25.16 years, perhaps illustrating Johnson’s point about the need for experience in his squad.

The return of 29-year-old Martin Boyle will help in that respect, as will the return from injury of McGeady, 25-year-old Kevin Nisbet and Lewis Stevenson, 34.

But at the moment the likes of Hanlon (32), Doidge and Newell, both 29, and even the 25-year-old Chris Cadden will have to carry the can in terms of outfield experience.