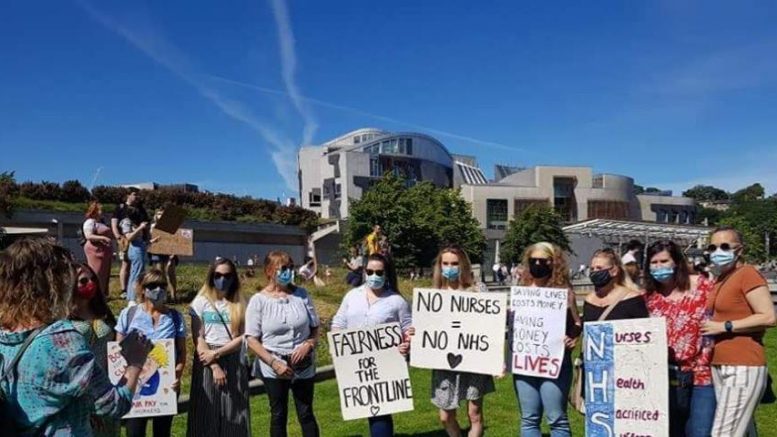 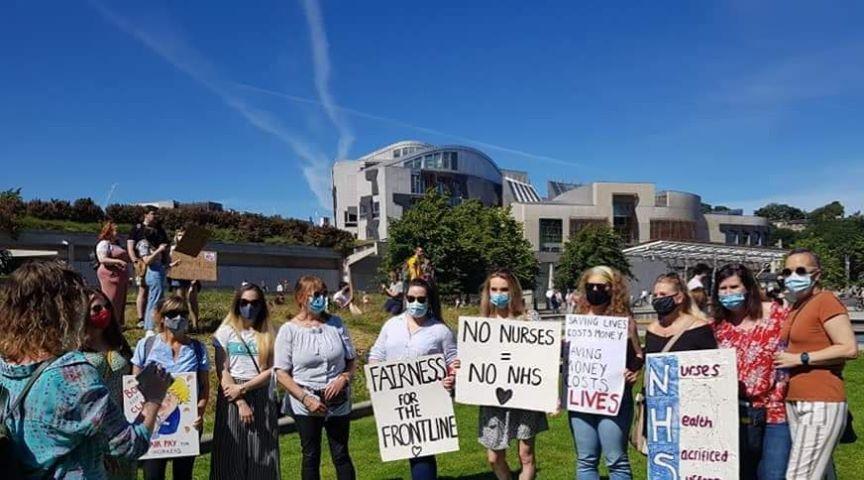 Nurses from across the country have demonstrated over pay at rallies in Edinburgh, Glasgow and Inverness.

Hundreds of nurses attended a protest outside the Scottish Parliament building in Edinburgh on Saturday morning.

Here are some pictures showing those taking part.

Hundreds of NHS workers and their supporters turned up to the Edinburgh demonstration which took place outside the Scottish Parliament building between 11am and 2pm.

The demonstrations nation-wide were arranged after some NHS staff and health workers were not included in the UK Government ‘s public sector pay rise announcement in July.

Silverknowes Golf Club: Clubhouse closed for cleaning after customer returns from Spain without self isolating

Feed has no items.